Frequent Marijuana Use in Teens and Young Adults Can Affect the Brain: Researchers 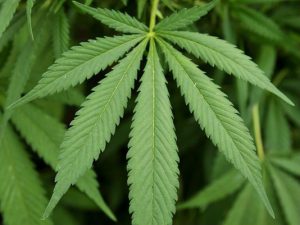 Using marijuana at least once a week can lead to cognitive decline, poor attention and memory and decreased IQ in teens and young adults, according to researchers at the American Psychological Association annual meeting.

Krista Lisdahl, Director of the Brain Imaging and Neuropsychology Lab at the University of Wisconsin-Milwaukee, noted that 6.5 percent of high school seniors reported smoking marijuana daily, up from 2.4 percent in 1993. Among young adults ages 18 to 25, almost one-third said they had used marijuana in the last month, Lisdahl noted in a news release. She said a 2012 study found people who have become addicted to marijuana can lose an average of six IQ points by adulthood.

“It needs to be emphasized that regular cannabis use, defined here as once a week, is not safe and may result in addiction and neurocognitive damage, especially in youth,” Lisdahl wrote in a study she so-authored in the journal Current Addiction Reports.

Lisdahl noted that brain imaging studies of regular marijuana users have shown significant changes in their brain structure, especially among teenagers. USA Today reports Lisdahl said abnormalities in the brain’s gray matter, which is associated with intelligence, have been found in 16- to 19-year-olds who increased their marijuana use in the past year.

A study of more than 17,000 teenagers in Montana, co-authored by Bettina Friese of the Pacific Institute for Research and Evaluation in California, found people’s acceptance of legalized medical marijuana use appears to have an effect on teens’ perception of the drug’s risks. The study found marijuana smoking was more common in counties where larger numbers of people had voted to legalize medical marijuana in 2004. “People don’t perceive it as a very harmful substance, and these community norms translate to teens,” Friese said. “From the teen study, they do reference legalization: ‘If it was that bad a drug, they wouldn’t be trying to legalize it.’ “

Please, “Don’t be a Host to teenage drinking." Their young minds are still developing. Give their brains a chance!youtu.be/RJwdnW-yG30 ...